A Russian Kopek. 2014. Komarov Nickolay. (Source: Wikimedia Commons )     The Three Copecks      Aside from not making me sure how the currency, kopek, is written, this story is awesome! It's one of the most fairytale stories to ever fairytale. Not only do coins suddenly float, but the orphan comes into a great fortune through complete coincidences and almost arbitrary means. He works for three years. The first two years he throws his kopek (a.k.a. his yearly wage) into a well, and they sink. On the third year, the third kopek floats, so he takes his money and buys a kitten from some bullies.     This kitten he gives to a captain who takes it abroad. The cat ends up saving the captain's life by eating a ton of rats. The captain sells the cat to a man who pays him a large sack of gold.     Now because of a remark by the boy made about selling the cat, all the gold actually belongs to him. Long story short, the captain gives the gold to the orphan, who then uses it to buy incen
Post a Comment
Read more

Week 13 Story: The Next Morning 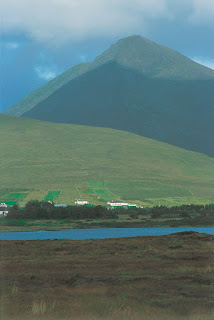 The Morning After     And it was on the next morning when Owen O'Mulready waited for his master to pass by so he might report back to him about his dream. James Taafe was not long. In fact, he was earlier than usual.     "What have you to report?" James asked for he was very curious to hear how Owen's first dream had gone.     "What haven't I to report?" Owen said. "I thought I was halfway to America when I awoke climbing halfway up my chimney covered in soot! There was a rogue of a crane and some strange looking sailors and, by God!, even the plants talked." Owen shook his head. "I shant be envious of people who dream anymore."     "It does sound like a harrowing adventure," James said. "You're sure you've no desire to dream anymore?"     "None whatsoever!"     James nodded and started on his way when Owen stopped him. "What is it you need Owen O'Mulready?"     "Was it not you
1 comment
Read more 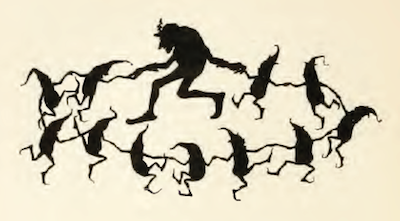 Dancing with fairies. 1895. John D. Batten ( More Celtic Tales )     My favorite story from Part B of the unit was definitely "The Legend of Knockgrafton." In all, it was a really good story, came with a song, had the good guy get rewarded, and the unethical guy gets punished (even if it was a little overboard). Aside from the plot and characters, I really liked how it portrayed the fairies' behavior.     The idea of fairies being bright, merry, joyful creatures is mostly a Disney invention. In folklore, fairies (even the nice ones) are vindictive and fickle with a strict moral code tailored to each individual. Classical fairies are tough to deal with! Some are outright hostile. Others are easily agitated to violence. Most are gracious as long as you follow their rules.     But...what are their rules?     Excellent question!     Answer?     Who knows.     No, really. Depending on the story, the protagonist is either dealing with a single fairy or with a group. Both enti
Post a Comment
Read more 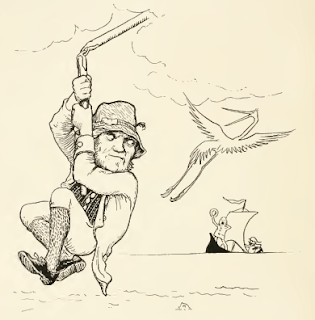 Dream of Owen O'Mulready. 1895. John D. Batten. (Source:  More Celtic Fairy Tales )     "Dream of Owen O'Mulready" was my favorite story from this unit. This was partly because it was one of two stories that weren't sad, but it was mostly because the story is just a trip! Owen's dream was wild from start to finish. I really liked how there wasn't a clear transition. At the beginning of his dream, I really didn't know what was a dream and what was reality.  I mean, it became clear pretty soon, but when he's "woken up," the reader isn't clued in on the fact he's dreaming already.     In all, I'm fascinated by dreams. Are they our brain working through our stresses and thoughts? Are they pure nonsense? Somewhere in between? It's interesting how the basis of the story is because Owen had never had a dream. Since it's a fairy tale, it makes me wonder if he was born that way or cursed? Either would be very fairy tale clich
Post a Comment
Read more 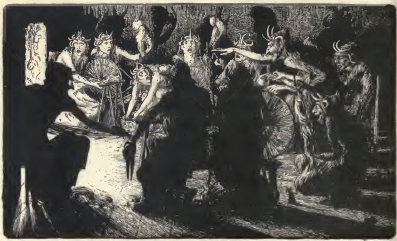 Carrying the Family Mantle     Ava looked at the fur mantle spread proudly on the wall above the fireplace. "You've never told me about this, Mary."     Mary shuffled next to her and looked up at it. "My family and I tend not to talk about out of doors," she said. "Most people don't believe the story behind it anyway."     Ava shifted. "What's the story?" she asked, though she already knew it.     "One night, 500 hundred years ago, twelve witches came to the house. Long story short, my ancestor drove them out of the house with a trick. When they came back she had already protected the house, so they couldn't get back in. They fled again, and one of them left her mantle."     Left?  Ava frowned. "You're sure it wasn't stolen?"     Mary rolled her eyes. "Why would anyone want to steal a witch's mantle?" She shook her head. "Anyone with any sense knows that would be a terrible idea.&quo
3 comments
Read more 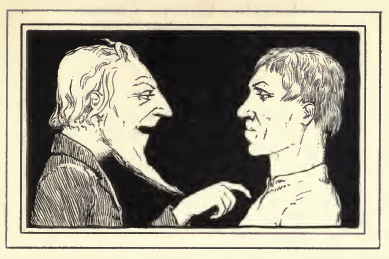 Farmer talking to Ivan. 1892. John D. Batten. (Source:  Celtic Fairy Tales )     The Tale of Ivan     Out of all the stories of Part B, maybe even the whole unit, "The Tale of Ivan" was my favorite. I liked Ivan as a character, which is not always something that happens with fairy tale characters for me. I might like the story, but the main character themselves I won't like. Ivan is more of a human in this story, rather than an idea in human form as is usually the case with fairy tales. The farmer is also a very curious character. His name is never mentioned, and all the advice he gives Ivan leads Ivan into success, a steady income, and saves his life more than once.     It's true Ivan had to follow the farmer's advice in the first place for it all to work, but the farmer gave very situationally-specific advice. It makes me wonder if the farmer was really a farmer or perhaps some entity. He doesn't seem to match the typical idea of fairies, but I wonder if h
Post a Comment
Read more 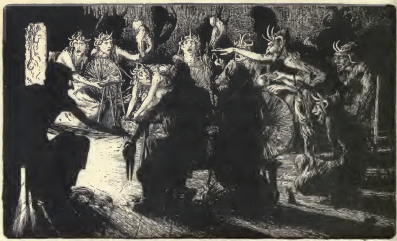 The Horned Women. 1892. John D. Batten (Source: Celtic Fairy Tales )     I've been really excited to read this unit! I'll be continuing with Celtic fairy tales next week, and I'm looking forward to it so much. The majority of my family history and ancestors are from Ireland, so I love learning everything I can about the country. Reading through these, I wondered how heavily they were Christianized. I know there's relatively nothing pre-Christianity in regard to mythology, folklore, and fairy tales, so I really wonder how some of these would've red without that influence entirely.     The story that caught my interest and held my attention the most was "The Horned Women." Seeing the title and knowing Irish fairy tales, I had no idea what direction it was going to go in. The direction ended up being witches, to which I replied, "Yeah, that's fair." I wonder why each witch has a different number of horns. The first witch has one, the second tw
Post a Comment
Read more
More posts